If Steve Jobs were listed in the dictionary it would define him as: 1) a revolutionary visionary whose words and ideas sparked the digital age and advancements of more than ten industries, 2) a perfectionist, 3) a man who didn’t take any shit, and 4) a genius.

Anyone who has ever used an iMac, MacBook, iPhone or iPad can attest for the purity and simplicity of the product. There’s nothing like pulling a fresh Apple product out of the box. For those of you who have done this before you damn well know there is a split second where your fingertips become numb and the elegance of the product captures your attention like no product has before.

The products work seamlessly. You never knew exactly what you wanted until you used an Apple product. I know my love and appreciation for Apple products did not start with my first iPod I bought back in 2004 but rather when I purchased my first Mac in graduate school. Like a lot of students, I’ve used Windows, Dell and Sony garbage up until then.

But now, I live by the phrase:

Once you go Mac, you never go back!

I’m a big marketing guy and I’m aware of the tactics and bullshit companies use to try and persuade you to buy. I never fall for that crap because I can easily sniff out a desperate marketing message. With Apple, it’s simple. The ads are simple. The commercials are simple. And their whole idea is to get you to use their product just once because they believe in what they created and they know the product will market itself once it’s in the hands of the user- that being the reason why you can play with all of their products in Apple stores.

How did Apple achieve this? Steve Jobs. The man was unlike any other CEO and business leader in the world. The book describes him being involved with every aspect of a product- from concept to launch. The book will take you deep into the heart of the greatest product revolution straight from the man who crafted it all.

The book was based on 40 or so meetings Jobs had with the author, Walter Isaacson. Jobs felt his time was running short in the world and wanted his story told and shared from his point of view as well as those close to him.

A very important dimension in his life came from his childhood days of working with his father who had taught him that the back of a fence ought to be crafted just as well as the front. The book centers around this concept and how it has helped shape Apple products up until this very day.

I’d love to sit here and tell you more about the book but I don’t want to spoil it. It’s a long read but well worth it. You will learn so much about being a business leader and an innovator… and simply a brutal son of a bitch.

Some of my favorite excerpts from the book:

“I’d rather be a pirate then join the Navy.”

On unveiling the iMac in 1994- “When it came time to rehearse for the launch presentation for the iMac, engineers brought two complete prototypes. Jobs hadn’t seen it before and when he looked at it on stage he saw a button on the front under the display. He pushed it and the CD tray opened. “What…the fuck… is THIS?” he asked. No one said anything since he obviously knew what a CD tray was. So Jobs continued to rail. “It was supposed to have a clean CD slot” he insisted, referring to elegant slot drives that were already found in cars. “Steve, this is exactly the drive I showed you when we talked about the components.” “No! There was never a tray, just a slot…”.

Chapter 50: Steve’s uproar on Google and how they stole a handful of iPhone concepts to use in their Android products- “…Apple filed suit against HTC and Android alleging infringement on twenty of its patents. Among them were patents such as multi-touch gestures, swipe to open, double tap to zoom, pinch and expand and the sensors that determined how a device was being held… As he sat in his Palo Alto house in the following weeks, he had become angrier then I have ever seen him- ‘Our lawsuit is saying, Google, you fucking ripped off the iPhone, wholesale ripped us off, grand theft. I will spend my last dying breath if I need to and I will spend every penny of Apple’s $40 billion in the bank to write this wrong. I’m going to destroy Android because it’s a stolen product. I’m willing to go to thermonuclear war on this. Outside of search, Google’s products- Android, GoogleDocs are shit.’ ”

Chapter 52: Jobs then later recalls a talk he had with Google Co-Founder and CEO Larry Page who wanted to come over and restore things. “We talked a lot about focus and choosing people. How to know who to trust and how to build a team of lieutenants he can count on. I described the blocking and tackling he would have to do to keep the company from getting flabby, or being larded with B players. The main thing I stressed is focus. Figure out what Google wants to be when it grows up. It’s now all over the map. What are the five things you want to focus on? Get rid of the rest because they’re dragging you down. They’re turning you into Microsoft. They’re causing you to turn out products that are adequate but not great.”

The book is filled with great teachings, quotes, admiration, lessons and insight from people such as Bill Gates, Eric Schmidt, President Obama, and others who were considered friends, family, colleagues, adversaries and competitors.

Oh, and one more thing.

The book ends with a lengthy memorandum from Steve- His view on business, people and life- more focused than the previous fifty chapters. He sums it all up in a colorful and graphic fashion, like something you would feel and see in a Pixar film.

Some people say ‘give the customers what they want’ but that’s not my approach. Our job is to figure out what they’re going to want before they do. I think Henry Ford once said, ‘If I asked customers what they wanted they would have told me a faster horse.” People don’t know what they want until you show it to them. That’s why I never rely on market research. Our task is to read things that are not yet on the page…

I hate it when people call themselves entrepreneurs when what they’re really trying to do is launch a startup and then sell or go public so they can cash in and move on. They’re unwilling to build a real company, which is the hardest part of building a business. That’s how you really make a contribution and add to the legacy of those who went before…

I don’t think I run roughshod over people but if something sucks I tell people to their face. It’s my job to be honest, I know what I’m talking about and I usually turn out to be right. That’s the culture I try to create. We are brutally honest with each other and anyone can tell me they think I’m full of shit and I can tell them the same and we’ve had some rip roaring arguments where we are yelling at each other but it’s some of the best times I ever had. I feel totally comfortable saying ‘Ron, that store looks like shit’ in front of everyone else. Or I might say ‘God, we really fucked up the engineering on this in front of the person that’s responsible. That’s the ante for being in the room. You have to have the ability to be super honest. Maybe there’s a better way? A gentlemen’s club where we all wear ties and speak in the bromine language and velvet code words. But I don’t know that way because I am middleclass from California…”

The book ends with a great comparison to life in general and Apple. I’ll let you discover it yourself as it will really have you saying, “Son of gun… what a legend.”

Steve Jobs: An Autobiography was written by Walter Isaacson.

Jared Ferreira
Jared is the hands-on CEO at Valeira Inc. He contributes his design and creative skills to every project to ensure the aesthetics are pure and powerful. He is also the Co-Founder of Red Card Cancer (a global non-profit organization), THE New Jersey Soccer Academy, and the Pin Cancer Organization.
Recommended Posts 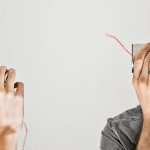 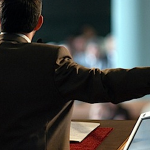 How To Deliver An Unforgettable Presentation; What School Doesn't Teach YouBusiness Development, Self Development